Written by Mayank Published on September 2, 2021 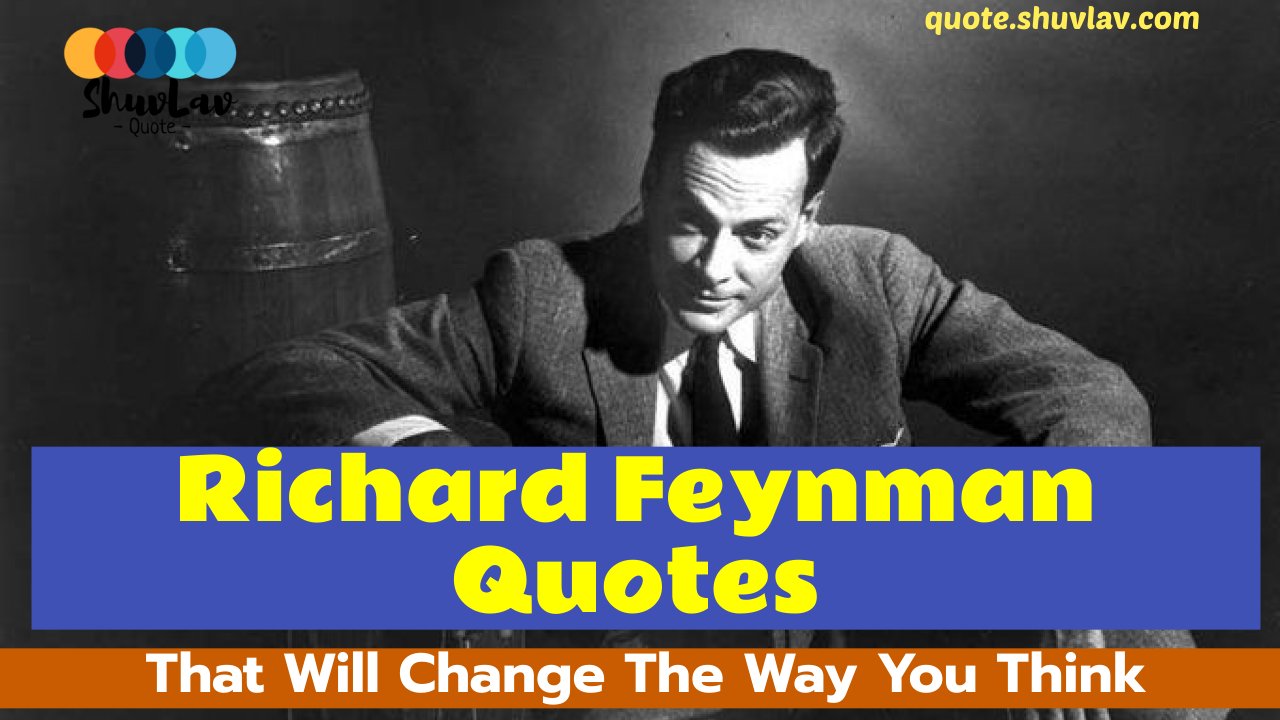 Richard Feynman was one of the most influential physicists of the 20th century. Feynman had an excellent work ethic and did not want to waste time on things he deemed unimportant. To demonstrate his point, Feynman would give inspirational quotes about school dropouts, scientists, and working on the weekends. Feynman had the ability to understand complicated concepts in science, and human nature, and apply these to everyday life. Feynman had an incredible ability to see things in the simplest way possible. Feynman had an ability to “get” the whole picture before it unfolded in front of him, and he used this ability to solve incredibly tough problems.

“No law that I know of says that things have to happen in a nice, orderly fashion.”

“The first principle is that you must not fool yourself—and you are the easiest person to fool.”

“I learned to live with uncertainty long ago. I don’t mind not knowing. I just don’t like to be wrong.”

“If it doesn’t agree with experiment, it’s wrong.”

You can look at science from two different points of view, neither one is right but one is more useful

The most important thing is not to stop questioning

Richard Feynman quotes about the beauty of science

“We are trying to prove ourselves wrong as quickly as possible, because only in that way can we find progress.”

“The highest forms of understanding we can achieve are laughter and human compassion.”

“Nobody ever figures out what life is all about, and it doesn’t matter. Explore the world. Nearly everything is really interesting if you go into it deeply enough.”

“Physics isn’t the most important thing. Love is.”

“I think it’s much more interesting to live not knowing than to have answers which might be wrong.”

“We are trying to prove ourselves wrong as quickly as possible, because only in that way can we find progress.”

“If you thought that science was certain – well, that is just an error on your part.”

“For a successful technology, reality must take precedence over public relations, for nature cannot be fooled.”

“I don’t know what’s the matter with people: they don’t learn by understanding, they learn by some other way — by rote or something. Their knowledge is so fragile!”

“I learned very early the difference between knowing the name of something and knowing something.”

“Study hard what interests you the most in the most undisciplined, irreverent and original manner possible.”

Feynman’s way with words, his ability to explain complex ideas in simple, easy-to-understand terms, made him one of the most beloved contemporary scientists. As the Nobel Prize-winning physicist Steven Weinberg once put it, “Feynman was the only physicist I ever knew who was hair-raising brilliant as well as hair-raising funny… His lectures, which he would deliver without any advance preparation, were marvels of clarity, and beauty.

Richard Feynman Quotes That Will Change The Way You Think: PDF

Bhagavad Gita Quotes: Powerful Words Of Wisdom For Everyday Life
Bhagavad Gita Quotes: During the Mahabharat War, Arjuna (a Pandav prince) and his charioteer, Lord Krishna,
Success Quote for Students: You Should Know That You Can Achieve Anything
Success Quote for Students: This is a collection of quotes that motivate students to study and work hard to
11 Miss You Quotes for Dad: Inspiring And Touching Daddy I Miss You Quotes
Miss You Quotes for Dad: Today we are going to share some of the most heart warming father’s day quotes. We
11 Happy Fathers Day Quotes Your Dad Will Love To See On Father’s Day
Happy Fathers Day Quotes: Father’s Day is the day where you get to spend quality time with him, where you can